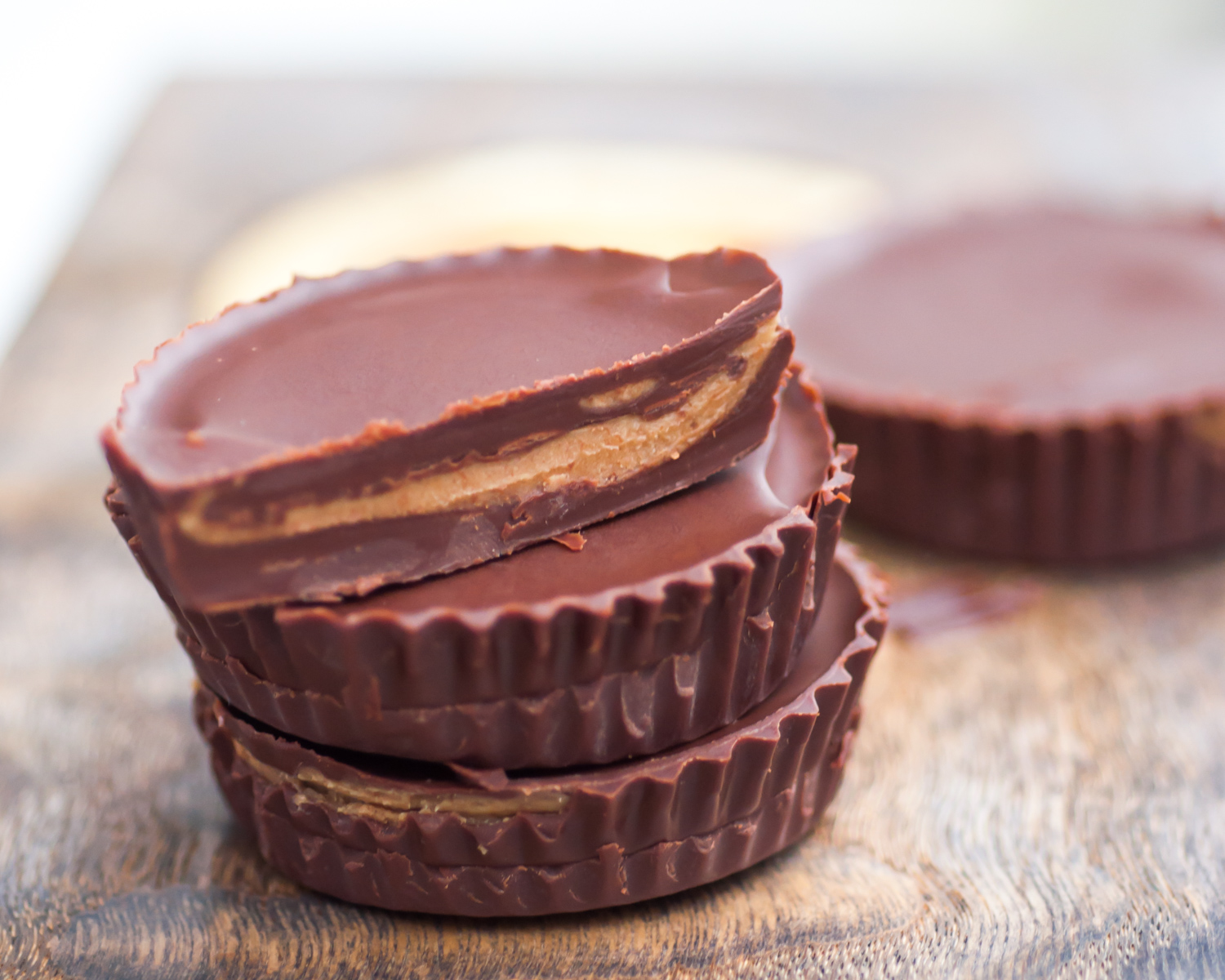 Those Keto Chocolate Almond cups are very simple to make. It’s a no bake recipe and you’ll only need three ingredients to make 6 delicious chocolate treats. You may use any kind of almond butter, although our favorite is roasted almond butter which adds a little bit more flavors into it.

In a microwave-safe bowl or double-boiler, melt the chocolate with 40g of coconut oil. Divide 2/3 of the chocolate mixture evenly amongst the cupcake molds. Set the 1/3 of chocolate left aside.

If needed, re-melt the 1/3 of chocolate-coconut butter left and top the cups with it. Refridgerate until firm.